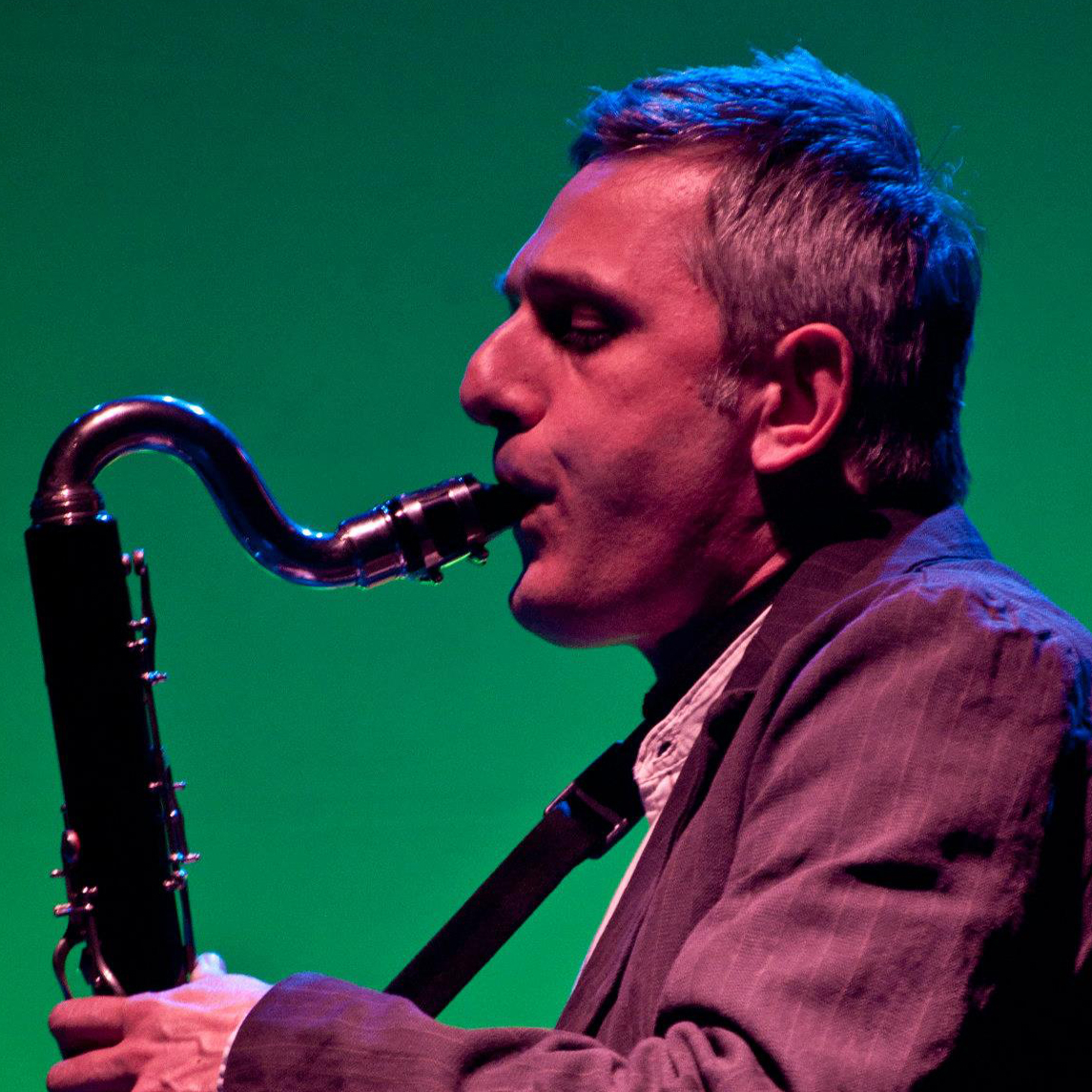 Graduated from the Conservatory of Perugia in 1991. In 1993 he founded a saxophone quartet with Mario Raja, Pietro Tonolo and Rossano Emili called ARUNDO DONAX with whom he recorded three albums and performed in concerts. He is a founding member of the band KLEZROYM starting in 1996 with whom he recorded five albums and performed in concerts throughout Europe. From 2004 to 2009 he taught at the Conservatory of Music in Perugia as part of the second level of higher education in “improvisation workshop and composition for wind instruments”.

In 2004 composes with Paolo Buonvino the soundtrack for the film “APNEA” from R. Dordit.

From 2005 to 2012 composes the original music for several historical documentaries for Raitre.

In 2010 he recorded with Alessandro Gwis and Andrea Avena the album “The river will carry me”.

In 2014 he composes with Emanuele Bossi the soundtrack from Raiuno’s TV serie “La dama velata” from C. Elia.

In 2015 he composes with Emanuele Bossi and Tony Brundo the soundtrack of Raiuno’s film in two episodes “Sotto copertura” from G. Manfredonia.