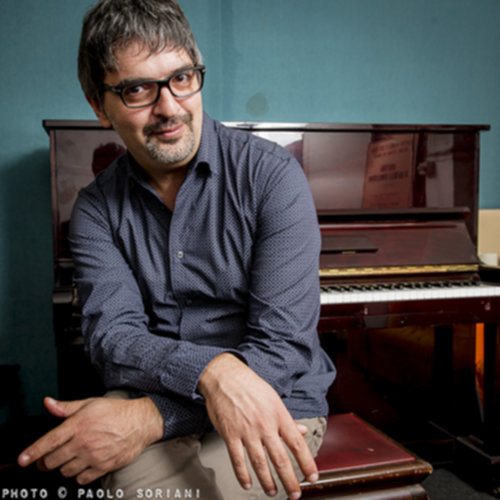 He is a pianist, arranger and composer. He graduated from piano studies in July 1995 and thanks to a professionalism charged with experience and style, he boasts outstanding collaborations in cinema and Pop Music. He collaborated with artists such as Paolo Buonvino, for films….”L’impero”, “Il giovane Casanova”, “La vita come viene”, “Piazza delle cinquelune”,”Je reste”, “Manuale d’Amore”, “La Matassa”, “Manuela d’amore 3”, “Il giorno in più”, “Fratelli unici”.

Other experiences include accompanying Elisa on the piano in “Luciano’s Friends” in 2012 and his appointment as Orchestra Director for the soundtrack of the film “L’ultima ruota del carro”.

Moreover, he composed the Rai Trade’s soundtrack “Cuore di donna” in 2002 with Michele Conti, Fandango’s soundtrack “Tutti contro tutti” in 2013 with Mannarino and “Sotto copertura” in 2015 with Pasquale Laino and Emanuele Bossi for Goodlab Music, the music workshop for images created by Paolo Buonvino.