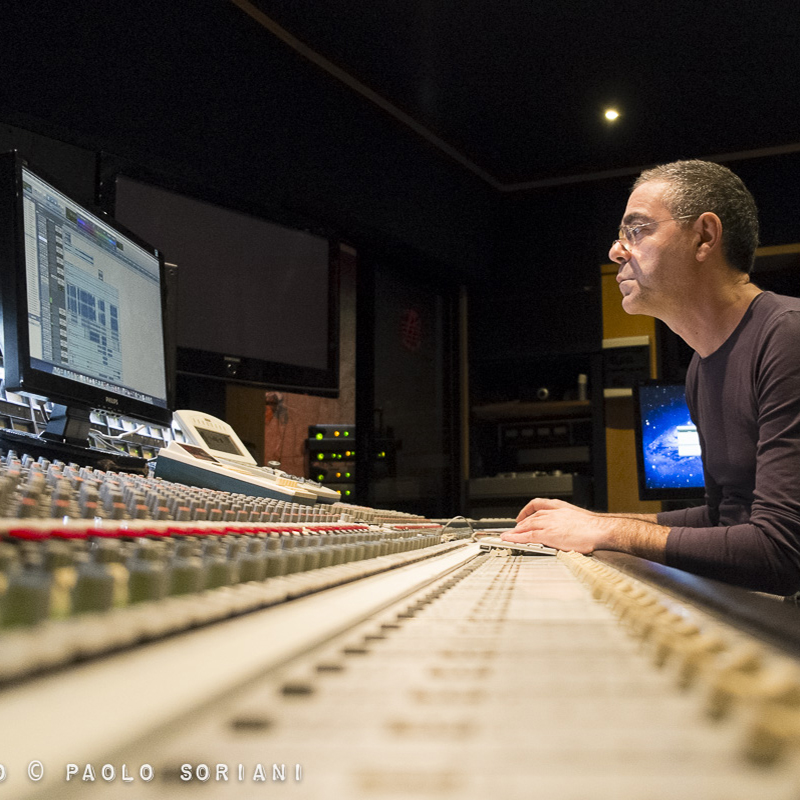 Born in 1963 in Catania, he studied piano at the Conservatory “Vincenzo Bellini” in Catania.

In Ravenna he attended a course of “choral music and choral conducting”, directed by M° Bruno Zagni and in Catania the Course of Electronic Music, directed by M° Alessandro Cipriani in the Conservatory “Vincenzo Bellini”.

In the early 90’s he creates a small rehearsal room in which he experiments with the technical aspects, recordings of local groups, and especially collaborations with M° Paolo Buonvino, a longtime friend, with whom he recorded multimedia and theatrical works, masses, etc.

In 1996 comes the turning point with the first recordings of music for films, “La Piovra 8”. Thanks to his recognized professionalism and musical sense, Vincenzo Cavalli manages to turn his passion into his profession, and creates one of the most important and professional studios in Southern Italy, the “Sonoria Studio rec”.

Furthermore, in July 2001, in the Theatre Greco di Taormina he was the assistant of M° Paolo Buonvino for the recording of the live album of Carmen Consoli “L’anfiteatro e la bambina impertinente”.

Worthy of mention is his experience in America, in collaboration with the University of Iowa (US) and the University of Missouri (US), in which he participates as a sound engineer in the live performance of the soundtrack for the silent film “The Last Days of Pompei” composed by Prof. A. Cipriani, with two concerts held on October 28th 2003 in Iowa City and on October 31st 2003 in Kansas City.

Over the years there have been many collaborations with M° Paolo Buonvino for soundtrack recordings such as: